Dead Space 3 disappointed fans for many reasons and one of those reasons was its inclusion use of microtransactions. Electronic Arts was heavily criticized for its reliance of in-game purchases after that as well, but the upcoming Dead Space remake won’t contain any microtransactions as well as any camera cuts.

EA revealed this through an interview with IGN. In it, EA Chief Studios Officer Laura Miele explained that this type of business model is not fit for every game and it’s all about matching the right approach with the right title.

“We want to make games that deliver the experiences our players are looking for. Sometimes that is a single-player story-focused experience, where players can immerse themselves in another world,” she said. “Other players want us to show up every day with new content and events in our live services like Star Wars: Galaxy of Heroes, The Sims, Apex [Legends], and FIFA to name a few. We want players to choose an EA game or experience, and that means we need to make the type of games they want to play. Focusing on just one genre or model limits the number of players we can reach.”

It seems like EA is reigning it in and not forcing microtransactions in every one of its games regardless of context. Star Wars: Jedi Fallen Order, another EA single-player title, also did not have microtransactions and was quite successful. Respawn Entertainment said in June 2021 that over 20 million people have tried the game since releasing in November 2019.

Dead Space 3‘s microtransactions weren’t originally part of the pitch and seem forced to those on the outside. They allowed players to bypass the need to collect materials necessary to craft weapons, which allowed users to spend real money to buy some help and get stronger weapons.

The game is also strategically dismembering its loading screens and camera cuts, a feature afforded to Motive Studios by the SSDs of the new consoles.

The other titles in the series were mostly seamless with only occasional cuts and visible loading screens and were applauded for their immersive qualities. The first Dead Space was divided into specific chapters with a loading screen between each. Dead Space 2 was mostly free of cuts and loads, except for a few scenarios. Dead Space 3 was also relatively seamless, but did contain a few fades here and there. The most recent God of War heavily advertised its no-cut camera so it’s only natural that new games doing the same thing would also make it more visible.

The post Dead Space Remake Will Not Have Camera Cuts or Microtransactions appeared first on ComingSoon.net.

The two chipmunks are back living in then park and having a great time doing it in Chip ‘N’ Dale: Park Life.

The Human Conditions is an original series that follows a young British doctor who must learn to treat impossible, fantastical illnesses by healing the emotional issues that underlie them — and confronting her own along the way.

The Human Conditions will be produced by 6th & Idaho, Brightstar, and Warner Bros. Television.

I Know What You Did Last Summer series will be based on the 1973 novel behind the 90s slasher movie.

A sequel to The Tomorrow War with the same cast and creative team is reportedly in early development from Amazon Studios and Skydance.

Premium Bandai USA has revealed new Dragon Ball Figures that fans will be able to pre-order during Comic-Con@Home 2021. Starting on July 22 at 9 PM EDT, fans can pre-order event exclusive editions of Super Saiyan God Goku, Beerus, Whis, and Nappa in the S.H.Figuarts line of collectibles.

In addition, there are exclusive figure stands with bases based on Dragon Ball that look incredible. The stands come in a set of six so you get two of each base, and the are the perfect way to display your collectibles for $42. It’s also important to note that all Goku, Beerus, and Whis will cost $50 while Nappa comes in at $70.

All items are set to ship out in August, so you won’t have to wait too long to get your beloved collectibles. 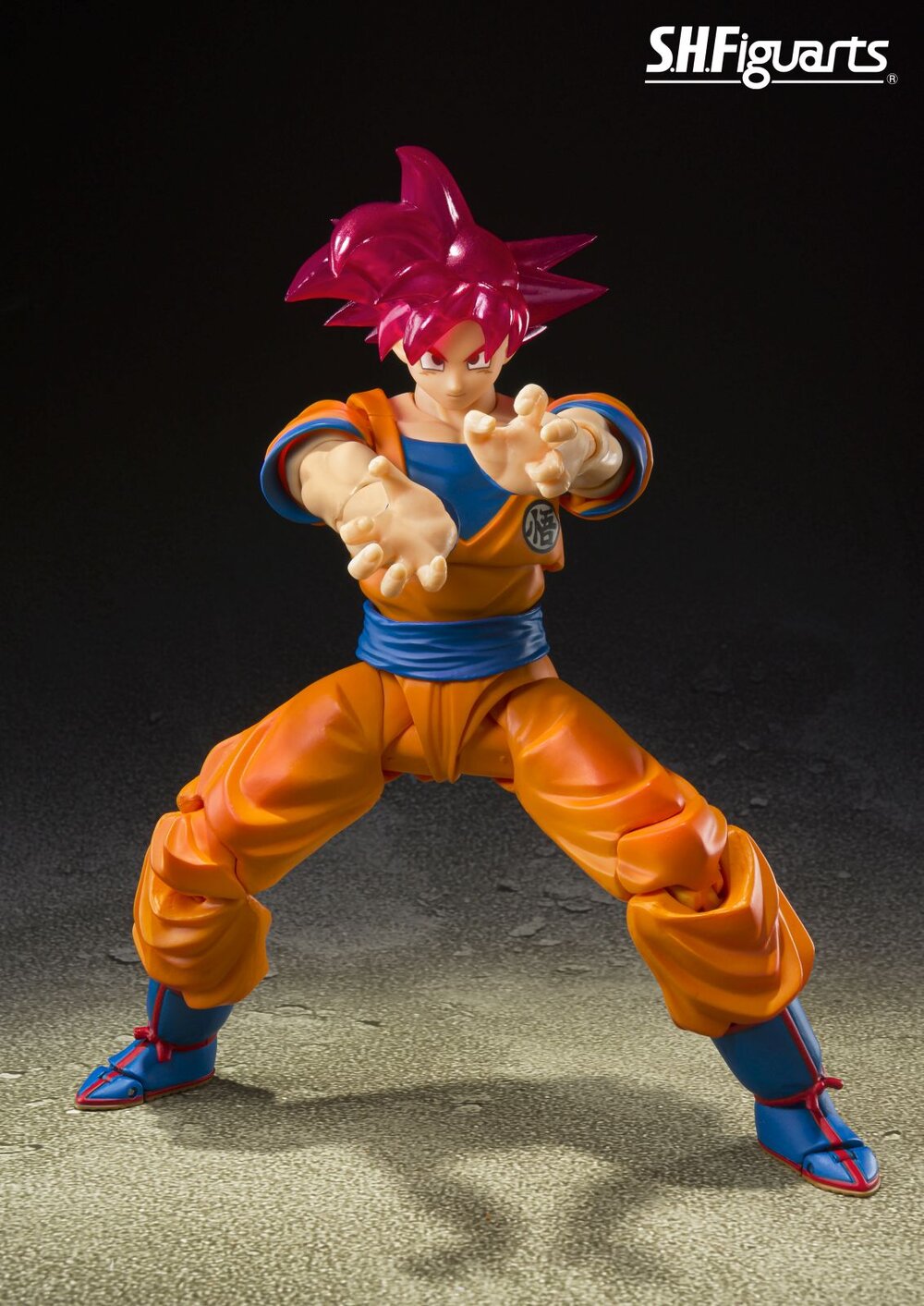 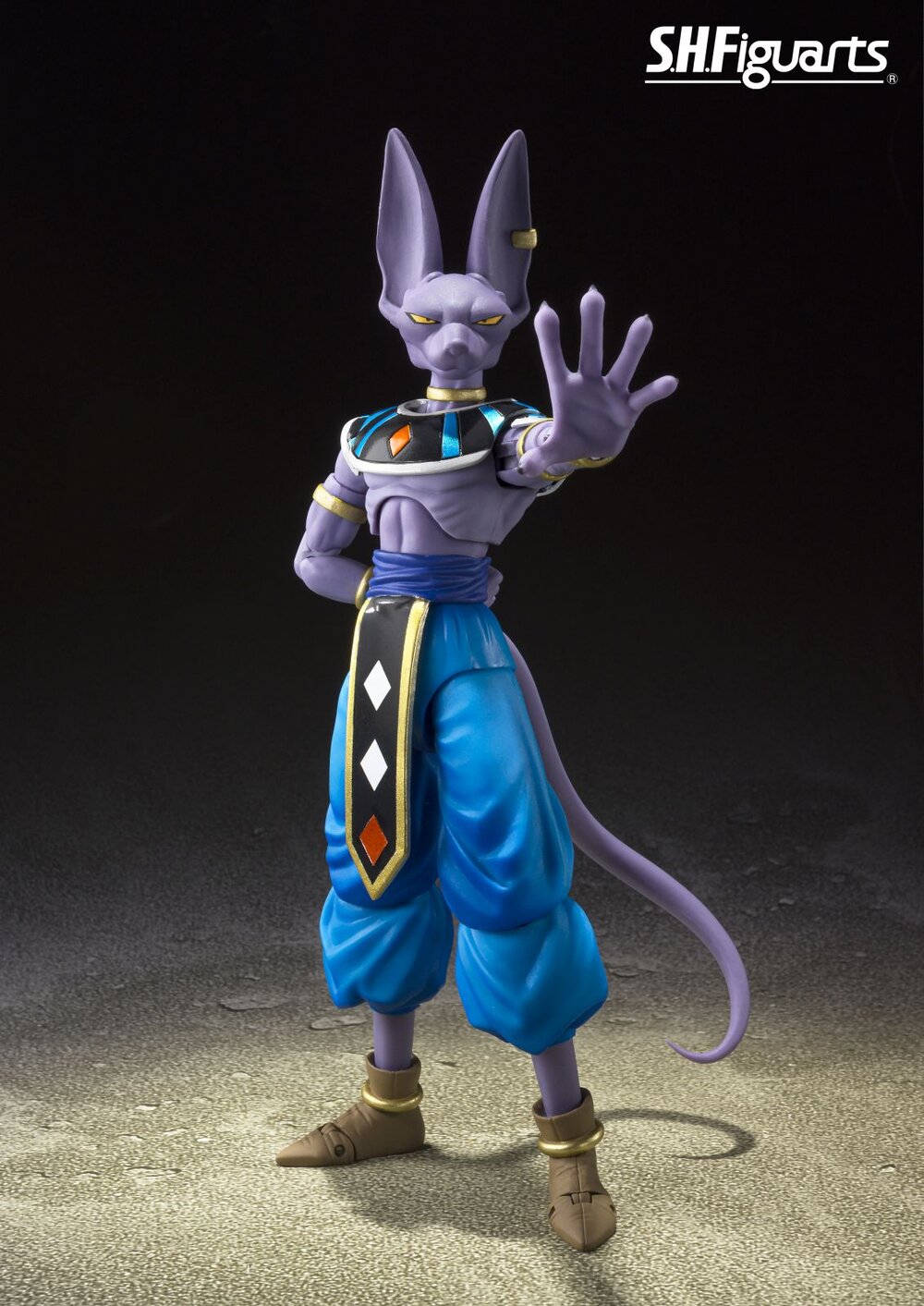 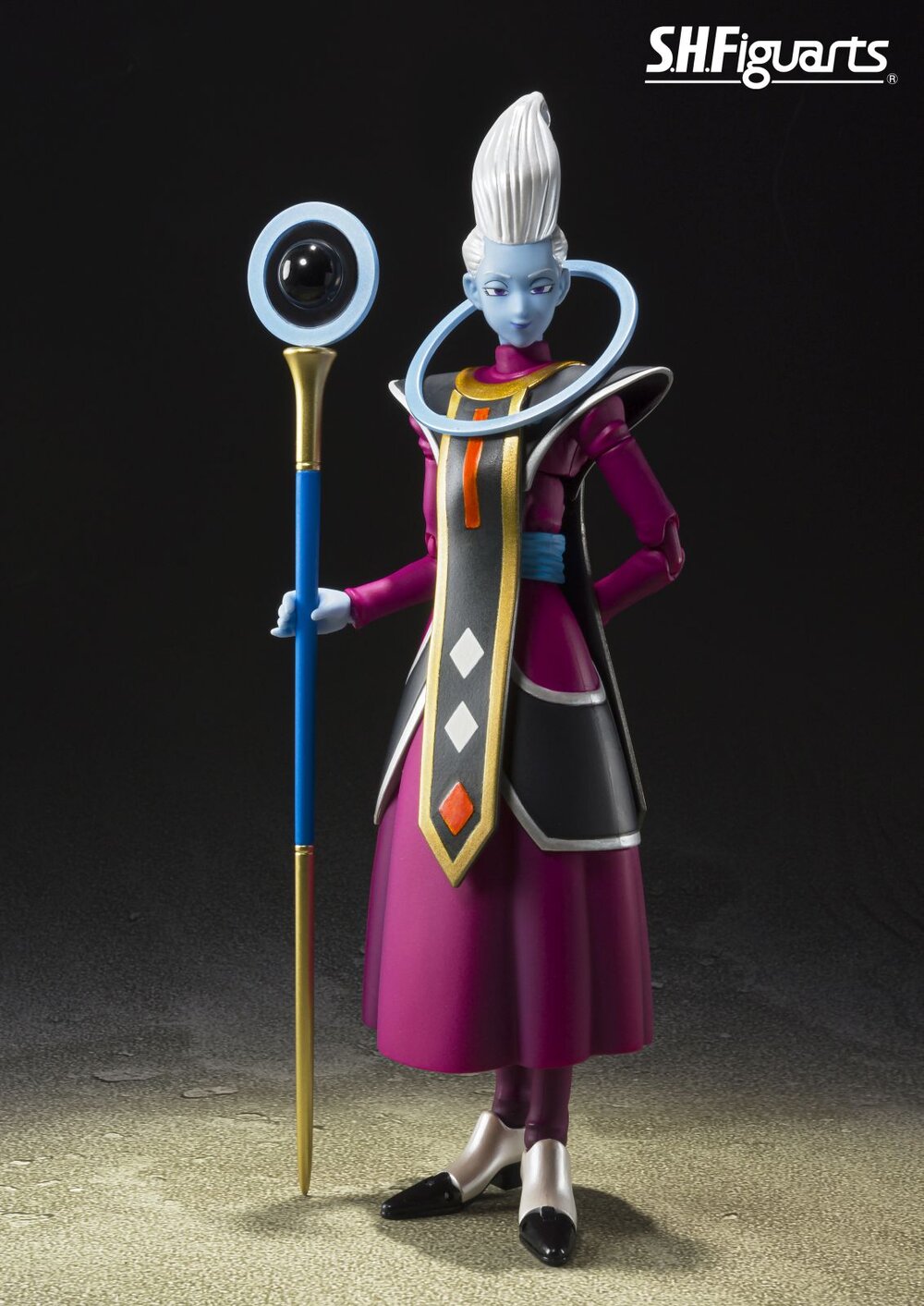 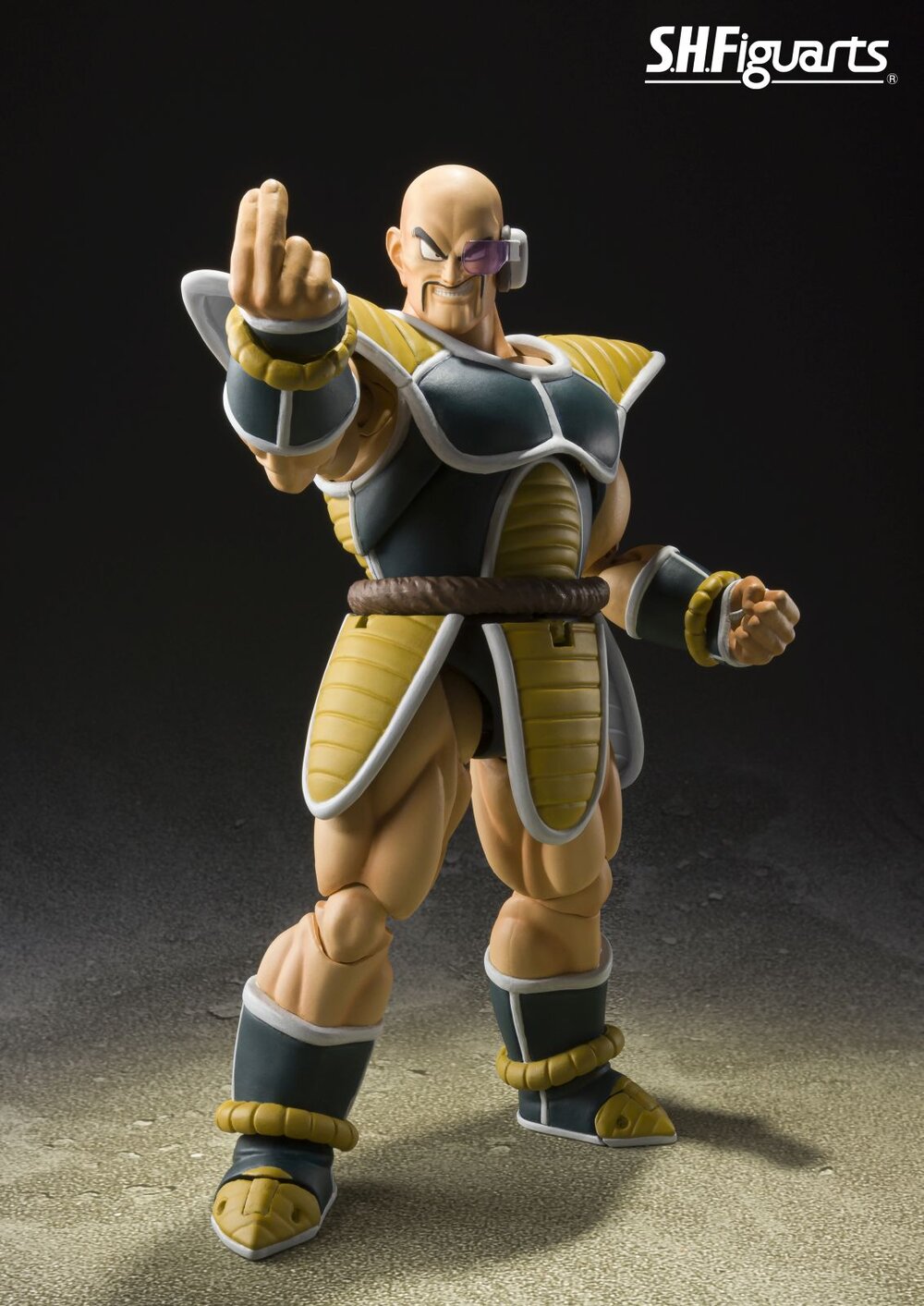 RELATED: Alex Wolff Interview – Playing a Kid in Old, Getting to Work with M. Night Shyamalan

“Visionary filmmaker M. Night Shyamalan unveils a chilling, mysterious new thriller about a family on a tropical holiday who discover that the secluded beach where they are relaxing for a few hours is somehow causing them to age rapidly … reducing their entire lives into a single day,” reads the official synopsis.

ComingSoon Editor-in-Chief Tyler Treese spoke to Old star Thomasin McKenzie about her role, getting to work with M. Night, and the film’s challenging filming due to COVID-19 and hurricanes.

Tyler Treese: Something that really impressed me about the film was that your character, despite aging, retains that childlike quality in your acting. How difficult was it to get that youth into your performance?

Thomasin McKenzie: Thank you. I’m just a very young, goofy kind of person, I suppose. So I think that was just kind of part of me showing through. I feel like Maddox stayed very grounded and kind of present throughout the film. She was one of the few characters who was able to accept what was going on and just kind of roll with the punches a little bit. I guess that kind of presence is something that you see a lot in younger kids where they are not distracted by life’s worries are just kind of being there in the world and taking in what’s going on instead of being absorbed by their phones.

Filming was very complicated. You had hurricane season on top of the pandemic, but you would never know that it was so hectic by watching the film. Can you speak to the difficulty of the shoot and the professionalism of everybody to get through it and stay composed?

Yes, it was. Even before we started filming, I was supposed to be leaving to the Dominican Republic in couple of days, and it got delayed because of hurricane season. One of the sets had been pulled out to sea so they had to rebuild it. There were definitely lots of obstacles with nature and also it was just like constantly raining on and off and working in the heat and in the sand. I find it so tiring running around on sand because you never feel like you’ve got a steady hold on anything. There were definitely a lot of challenges, but I feel like everyone really pulled through and we got it done.

M. Night is such a talented writer and director. How much of a thrill was that for you personally?

It was really good because he is such an iconic director whose movies get referenced often. It was amazing and very surreal. I think every director I’ve worked with so far has brought a different style of directing to films, a different approach. And so I always find it really interesting working with new directors and seeing how they do their job.

I love hearing about prep. This is based on the graphic novel called Sandcastle. Did you read that or do you prefer to just stay to the script?

I did read Sandcastle, which I really, really enjoyed. The script is different from Sandcastle. It’s not exactly the same, so I relied on the script more because that’s the material we were working with. But it was really great to read Sandcastle and get kind of a better idea of each of the characters and try to build the character of Maddox. It’s important to pull from as many resources as you can and if it’s available then I want to be able to use it.

Megan Fox fans are rooting for her to play Poison Ivy alongside Margot Robbie’s Harley Quinn after Megan said she wants to join the DCEU.