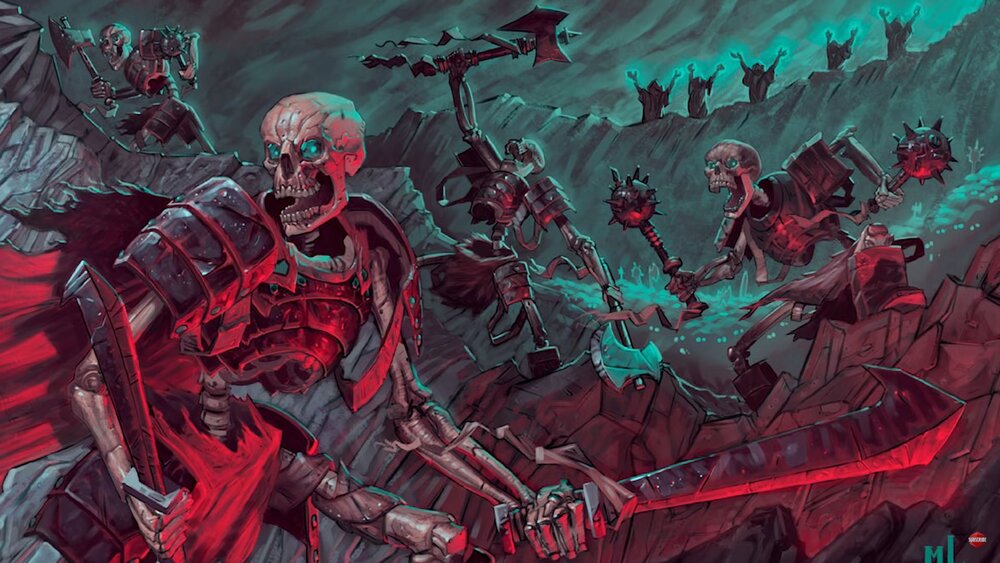 Last week, Onyx Path Publishing announced two new releases they’re working on for 2020. Both releases are for the Scarred Lands role-playing game and are sure to be great new tools for fans of the game. The first release is Vigil Watch, which will explore six locations across Ghelspad to give Dungeon Masters and players a more in-depth look at a variety of cultures and locales that populate the world. This tool is written by Celeste Conowitch, Joshua Doetsch, Lewis Harris, Joshua Heath, Jessica Ross, and Roman Trevisanut.

The other new release will be Yugman’s Guide to Ghelspad which will be more about heroes and villains in the world. This includes new races, subclasses, social backgrounds, and more for players and Dungeon Masters to use when creating characters. Yugman’s is written by Chris Bissette, Oliver Clegg, Conowitch, Beatriz T. Dias, Harris, Jeremy Hochhalter, Megan Mackie, Ross, and Christopher Walz.

You can find out more about Scarred Lands in a previous post I wrote about the game.

You can find out more about the releases on the official site, and you can learn more in the videos below.