As we’ve reported in the past, Legendary Comics partnered up with the Lugosi Estate and Kerry Gammill, to develop a new graphic novel for Bram Stoker’s Dracula. This is something that I’ve been looking forward to as it will feature the likeness of legendary Dracula and horror movie actor Bela Lugosi. His portrayal of Dracula is legendary and after all these decades since the original 1931 film, he’s still considered by many to be the best.

With the graphic novel coming out next month, Legendary Comics released a motion trailer, which offers a preview of the beautiful black and white art that fills the comic. That art was created by El Garing, and it wonderfully captures the spirit of Lugosi, especially those eyes!

The story is set in the late 19th Century, “Dracula, an ancient Transylvanian vampire, moves to England to find fresh blood and spread his evil contagion. There, he encounters two women, Lucy and Mina, who become the targets of his dark obsession. Aided by a group of brave men, Professor Van Helsing arrives on the scene to take on the Vampire Prince in the ultimate battle between the forces of light and dark!”

Check out the trailer below. I also included a preview of the comic:

Robert Napton, Senior Vice President of Legendary Comics previously had this to say in a statement:

“There have been great Dracula graphic novels, but to unite Bram Stoker’s novel in a faithful adaptation with the definitive Dracula in the form of screen icon Bela Lugosi is a dream come true. I am grateful to the Lugosi Estate, artist El Garing and art director Kerry Gammill for bringing their passion to this project.”

“On behalf of the Lugosi Family, I want to thank Legendary Comics, especially Robert Napton, as well as artists El Garing and Kerry Gammill, for honoring my father with a stunning graphic novel that features Bela Lugosi as Bram Stoker’s Dracula.”

“Bela Lugosi created his unique portrayal of Count Dracula on the Broadway stage and has become a cultural icon for his performance in the 1931 film. This graphic novel beautifully answers the question: What would Lugosi’s performance look like in a direct interpretation of Bram Stoker’s novel? We believe Legendary Comics has proven what fans already know—Bela Lugosi is Dracula.”

“It is a great honor to handle this epic project and working with Robert Napton and Kerry Gammlil has been an amazing experience. Bela Lugosi is the best Dracula and bringing him back to the character he defined through the artwork has been a thrill.”

And this is what Kerry Gammill had to say about the project:

“It is very exciting to work closely with such a talented creative team on this graphic novel that places Bela Lugosi, the most iconic screen Dracula, into a direct adaptation of Bram Stoker‘s original novel. I’ve had the pleasure of knowing the Lugosi family for many years and I’ve worked on several projects with them, but this is the ultimate Lugosi project to me.”

The Dracula graphic novel is set for release on November 3rd. 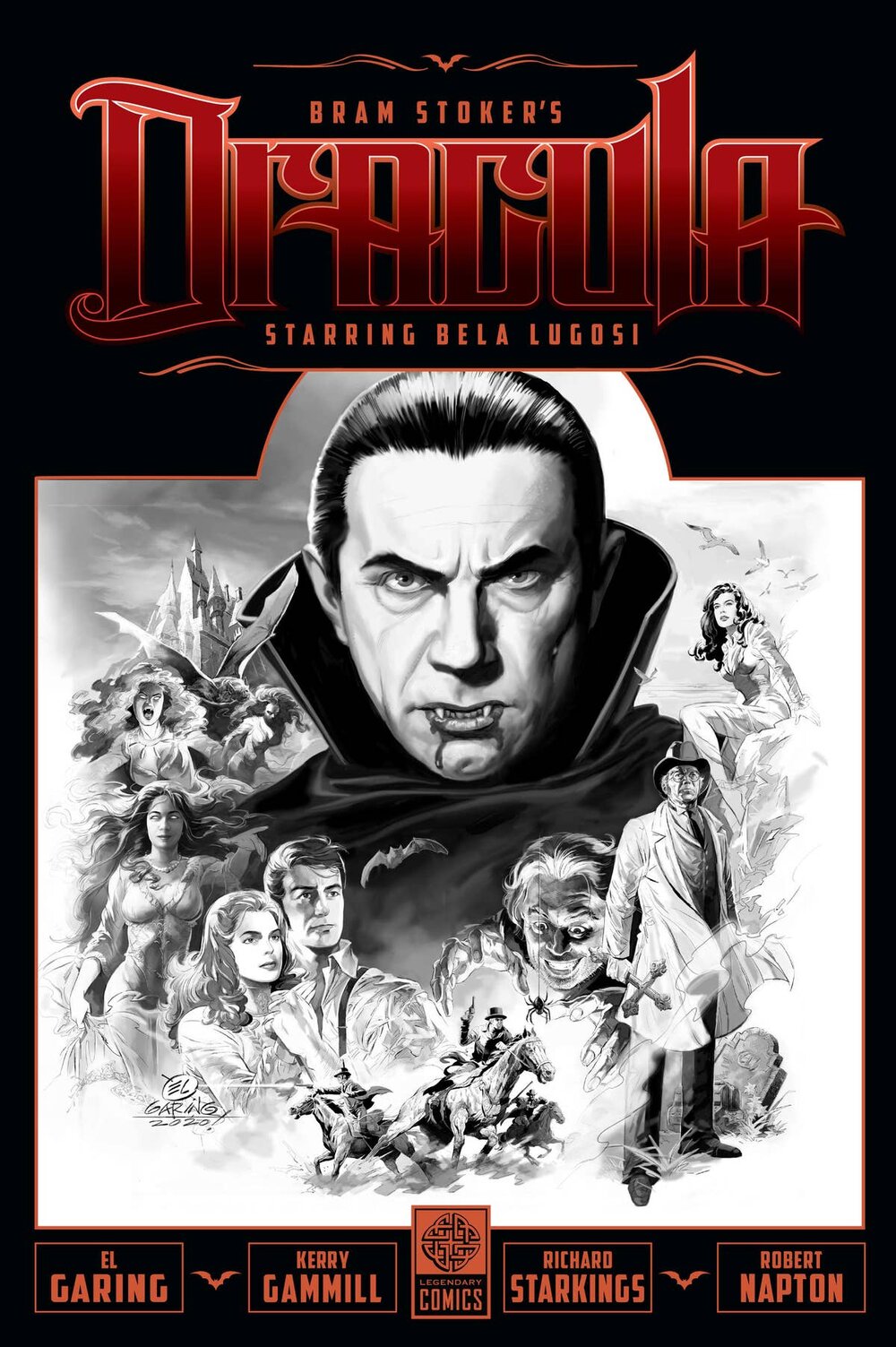 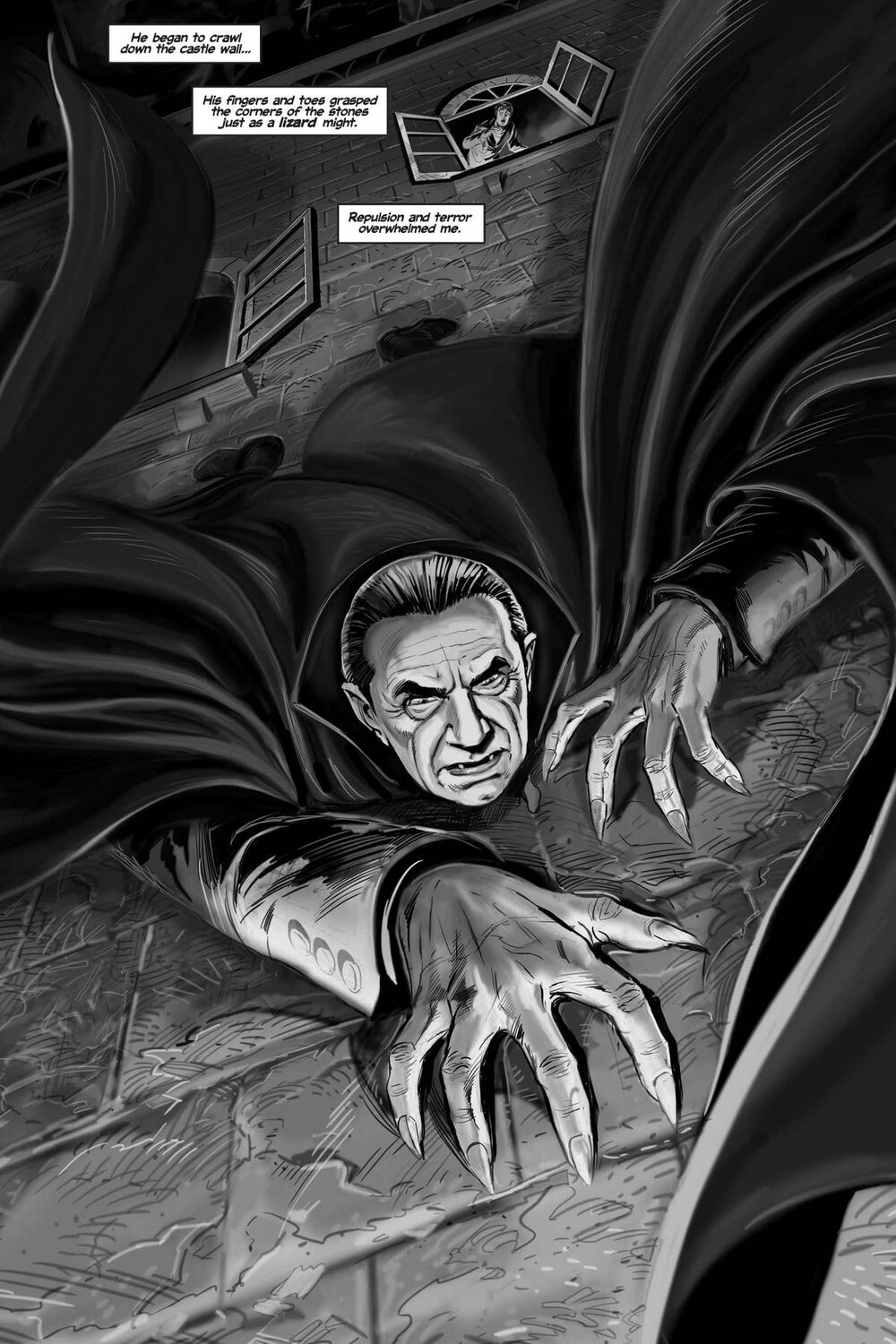 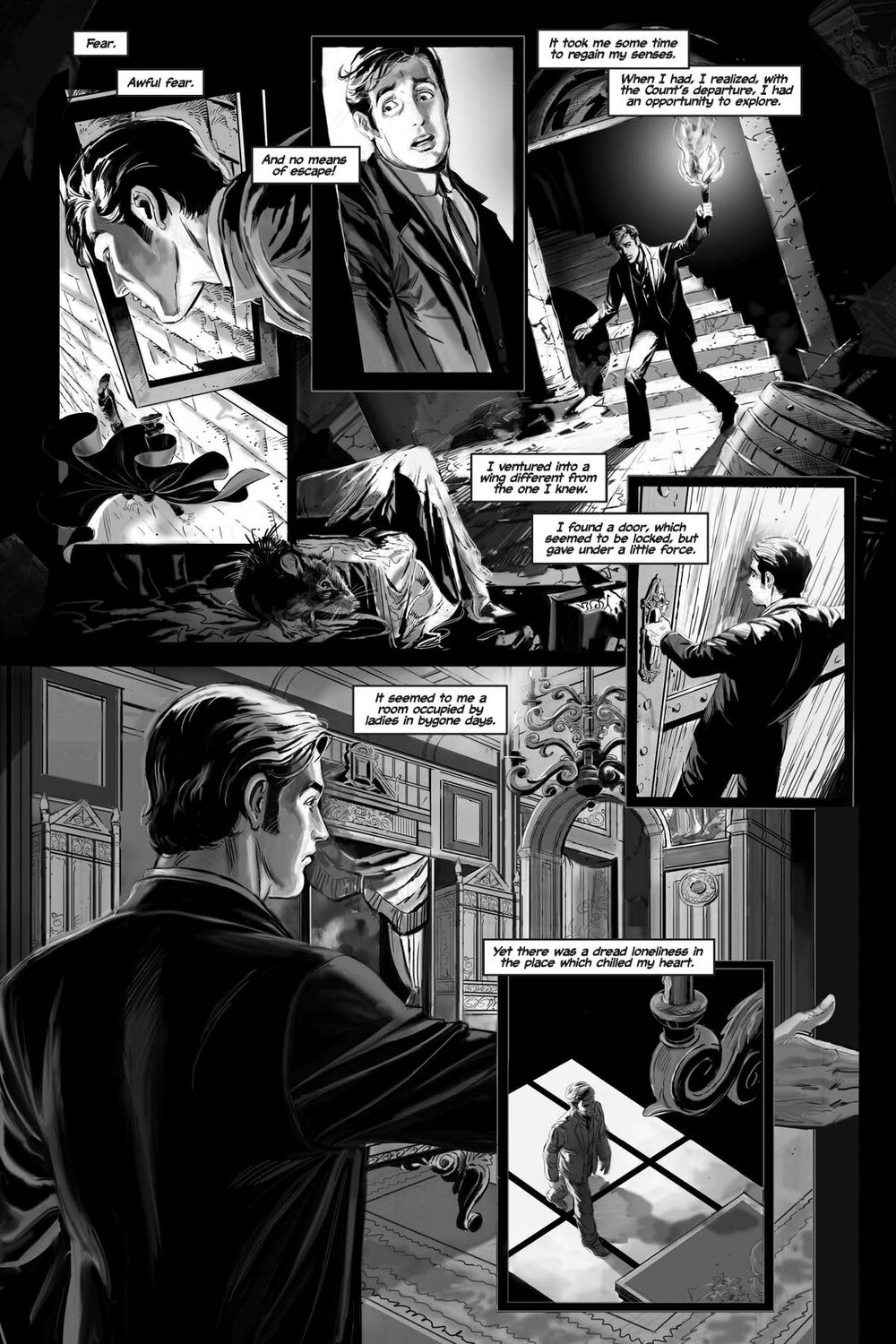 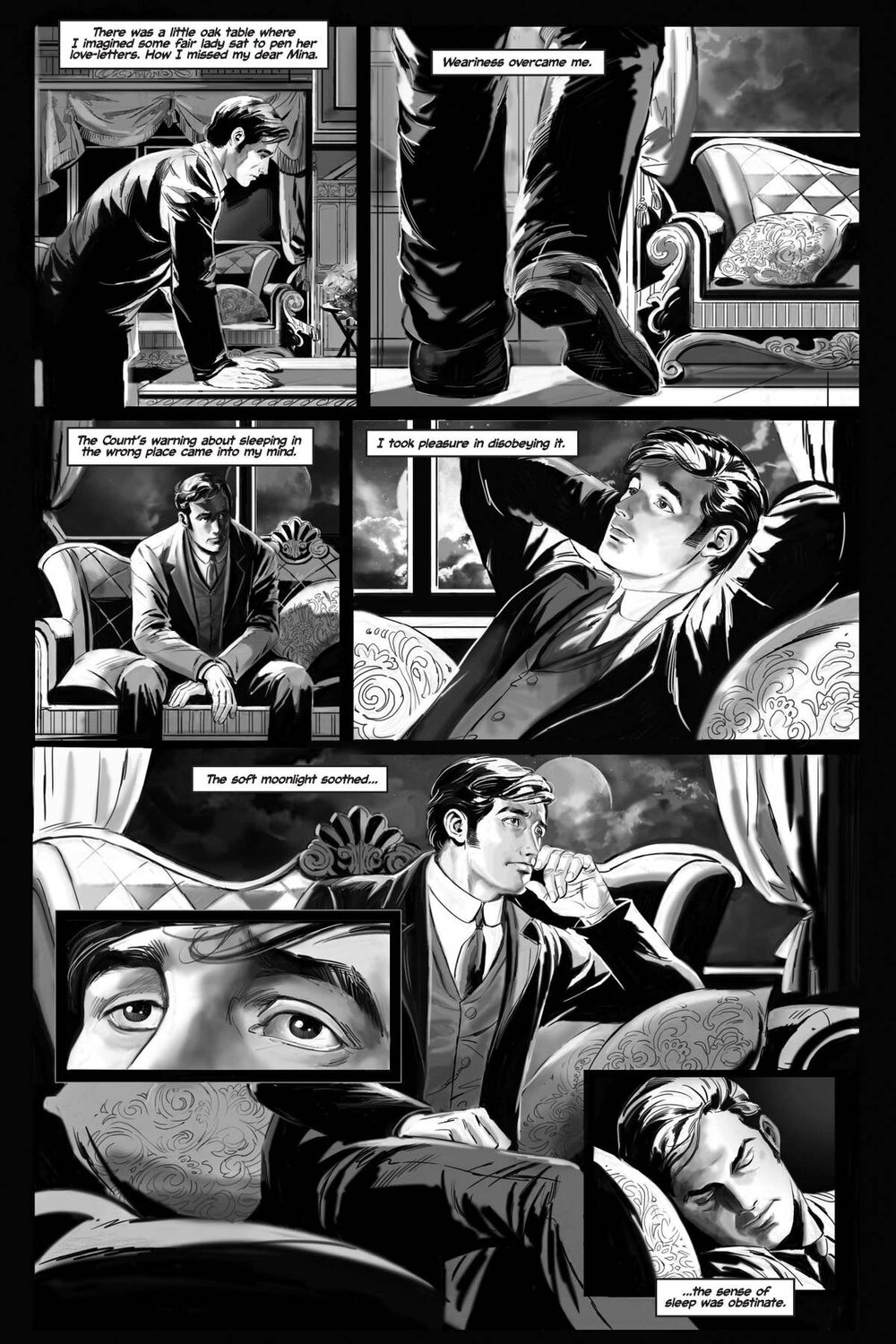 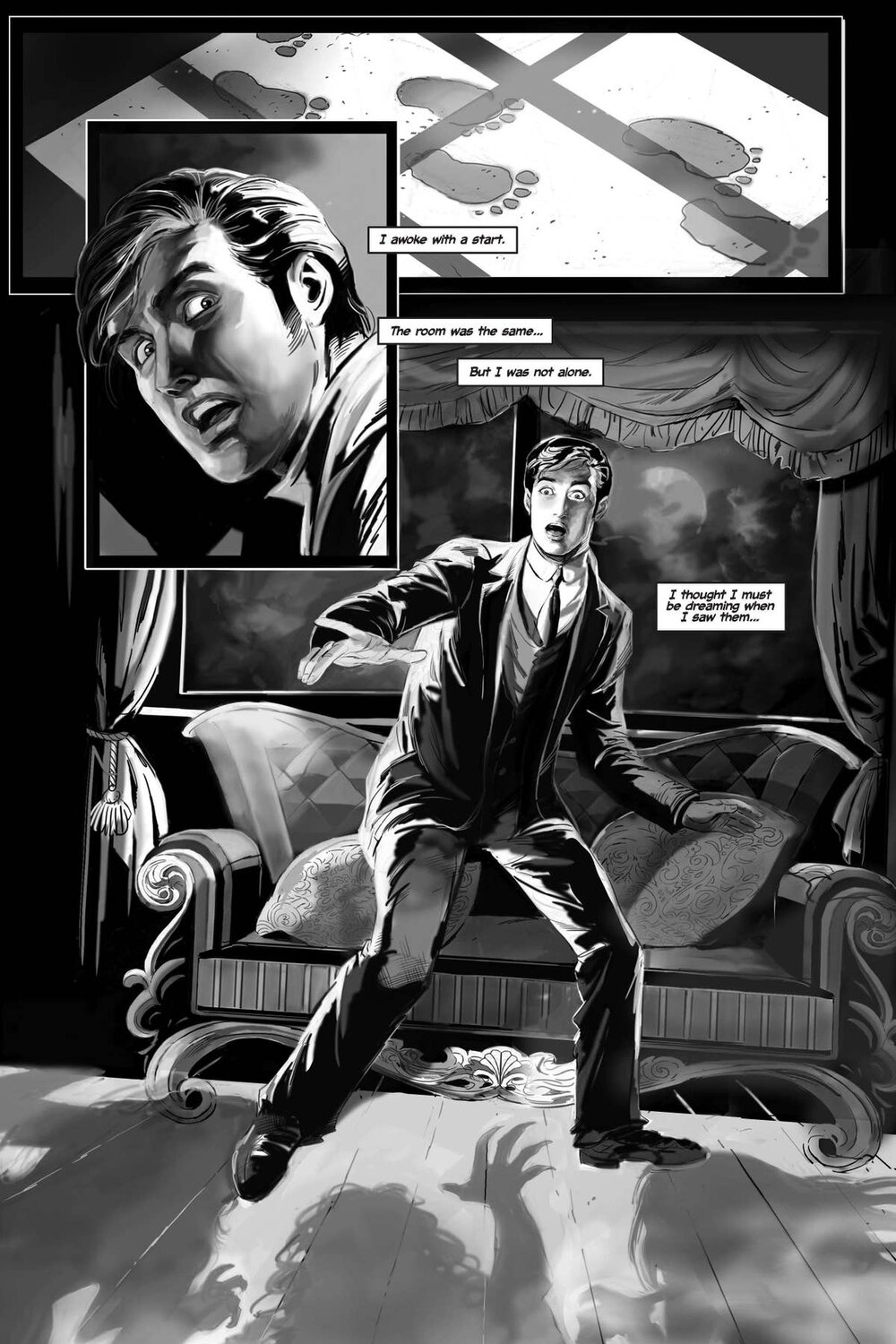 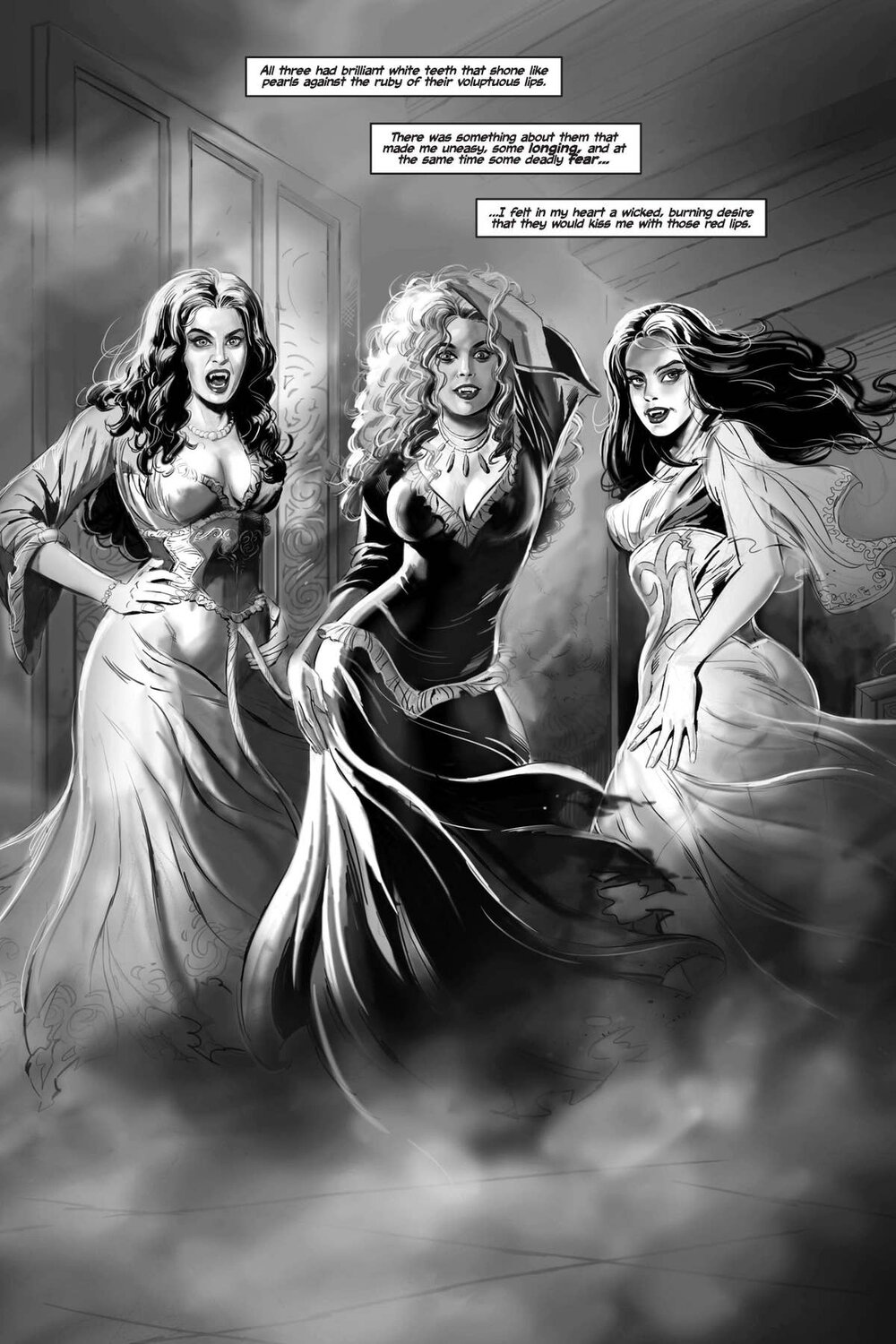