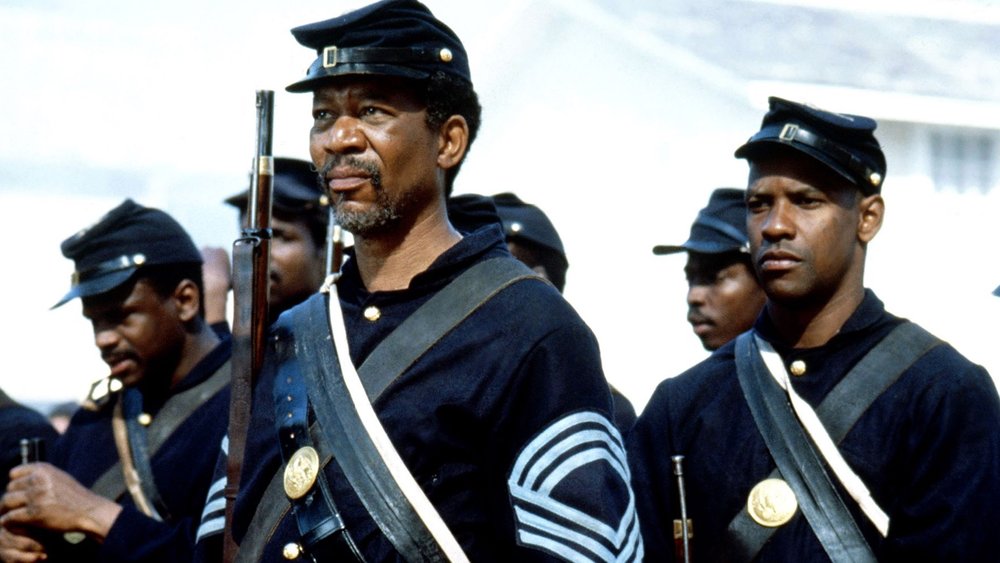 I still remember the first time I saw director Edward Zwick‘s 1989 Civil War drama Glory in theaters. I remember being completely in awe of this film. I loved it and to this day, it’s still one of my all time favorite films.

It’s hard to believe that the movie is turning 30 years old this year and to celebrate, Fathom Events, Sony Pictures, and Turner Classic Movies, have teamed up to show for a screening event that will take place in 600 movie screens around the U.S. for two days. These screenings will feature pre- and post-film commentary that dives deeper into the production.

The movie starred Matthew Broderick, Morgan Freeman, Cary Elwes, Andre Braugher and Jihmi Kennedy and I’ll never forget Denzel Washington’s powerful performance in the film, which ended up winning him an Oscar. The film also included a stunning score by the late James Horner. Glory features one of my all time favorite movie scores. Here are the details revealed for the event:

Fathom Events and the TCM Big Screen Classics series are presenting GLORY in more than 600 movie theaters for two days only, on July 21 and July 24 — 156 years after the Second Battle of Fort Wagner, the Union assault on a Confederate stronghold that forms the film’s climax (and which began on July 18, 1863). It’s a rare chance to rediscover this incredible, underrated epic on the big screen, and as part of this anniversary presentation, TCM Primetime host Ben Mankiewicz will provide special pre- and post-film insight.

Tickets are currently on sale at the Fathom Events website and at participating theater box offices for this opportunity. Will you be attending one of this screening for this film?